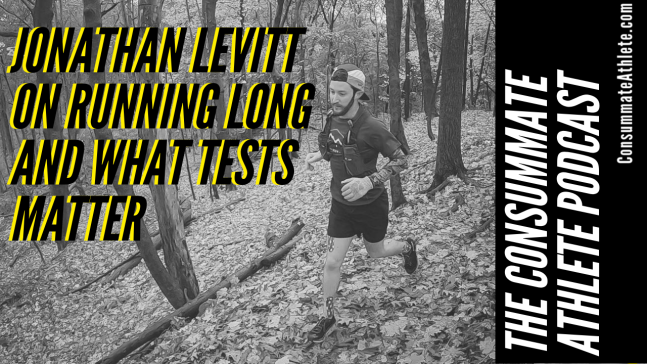 Jonathan Levitt is an Ultra Runner from Boston who loves #RestDayBrags and works with InsideTracker a company that makes your blood testing and the analysis of your tests much easier.
insidetracker.com/endurance and use code CONSUMMATEATHLETE for 20% off
If you enjoy the show, please consider supporting it through www.wideanglepodium.com/donate … there are bonus episodes and bonus goodies if you do, your donation helps fuel better audio gear, more guests, and higher quality episodes.

Smart Athlete 3 Month 100% Made for You Endurance Training Programs

Get in Touch With Your Hosts

TOPICS AND LINKS FROM TODAYS SHOW:

Jonathan Levitt is a runner from Boston, MA who grew up hating running. Playing baseball and hockey, running was always the punishment, not the reward. After deciding to run a marathon after watching the 2013 Boston Marathon, now it’s the other way around! Jonathan works at InsideTracker (link: insidetracker.com/endurance) and loves to travel, which usually ends up being a good mix of both work and play!
Brad Stulberg Quote from Twitter Mentioned
i@BStulberg article twitter.com/BStulberg/stat…
“Research shows that sustainable progress in nearly every endeavor isn’t about being consistently great; it’s about being great at being consistent. It’s about being good enough over and over again.”