Resident comic nerd Molly here! So, I went to see Wonder Woman last night, and naturally, as someone who loves the whole Consummate Athlete lifestyle, it got me super motivated to train. And that led to thinking about how to train like Wonder Woman. I started flashing back to some of the rad guests we’ve had on the show, and thinking about which ones would be the most relevant, and get me the closest to Wonder Woman-levels of fitness and skill.

(If you haven’t seen it, watch the trailer here!)

Pretty rad, right? So, let’s talk about training like a superhero, and get inspired!

How to Parkour with Adam McClellan

Of course, I have to open with Parkour. All the crazy free-running that happens in that movie immediately made me think of Adam and the couple of sessions that I’ve had with him, and some of the great advice he’s given on the show!

These guys are brilliant, and so is their book. (Get a copy here.) While they might not teach any Wonder Woman-specific skills, if you’re doing any kind of training while mixing it with regular life (or, in her case, trying to stop a war and learning about the world of man… I’ll stop being a nerd now, I promise), this is a good one to listen to.

How to Start Obstacle Course Racing with Lindsay Webster

I kind of think Lindsay might actually *be* Wonder Woman, to be honest. Schlepping heavy weights like they’re nothing, bouncing over obstacles, racing for hours on end… Yeah, sounds about right. This was a super fun episode to record, and even more fun for me to re-listen to so I can steal some leaping-buildings-in-a-single-bound advice.

(Want a guy’s perspective? It’s also worth listening to our earlier episode with her husband,  OCR World Champ with Ryan Atkins!)

How to Run a Marathon with Aimee Shilling

Hey, you don’t get to comic hero level without an endurance base, and Shilling is the woman to talk to about that, since her marathon-running schedule is absolutely insane.

Those fight scenes don’t just happen, they take a ton of work. I personally loved this episode—and am so intrigued by Krav Maga—because it combines the stuff I was interested in with MMA with a bit more of a self-defense “I can actually kick your ass” side. And the basis isn’t kicking ass, it’s being aware of your environment. Not unlike Parkour, honestly.

How to Get Strong with Power Lifting with Robert Herbst

I mean, that tank didn’t lift itself.

How to Swim with Total Immersion Swimming

One of the early scenes is Diana saving Steve Trevor from the ocean. Now, I’m a good swimmer and this episode was a really interesting one for new swimmers, but I’m not sure I could pull a guy out of a plane 50 feet underwater. But next time I’m in the pool, I might try to touch the bottom in the deep end. Just for funsies.

Watching some of the fight scenes, especially the ones where the Amazons are just practicing, made me feel super self-conscious about my extreme lack of flexibility. Erin Taylor’s Hit Reset and Jasyoga is perfect because it’s yoga tailored to those of us who are more athletic, and less inclined to get serious about a true yoga practice.

A couple of the scenes in the movie centered around rock climbing (or tower climbing, to be more precise). And I don’t know any other woman I’d want giving me advice about climbing other than Leslie Timms, one of the top women climbers in the world and an all-around badass.

It’s pretty cool to realize how many episodes we’ve done that can all speak to this idea of being like Wonder Woman, but I guess I shouldn’t be surprised. Really, if you dig on mythology, the Amazons were sort of the first Consummate Athletes, so it makes sense.

Get training! (And let us know in the comments if you liked this article!)

This site uses Akismet to reduce spam. Learn how your comment data is processed. 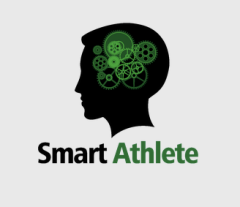